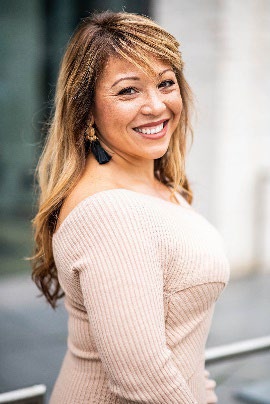 Aubrey Thomas has lived in the Hampton Roads community for over 25 years. During that time she has been an active community leader and served on the United Way boards / Committees over the past 10 years. She is passionate about strengthening communities through tackling systemic issues that impact generations.

Aubrey’s father served in the Navy for over 27 years, and as a result she has a deep connection and appreciation for the transient military life. She was a single mother of two and raised her children (now 23 and 25) in Hampton Roads; and while doing so, built a career and finished her second master’s degree in project management in 2019. She has been a recipient of the Hampton Roads Women in Business award and earlier this year graduated from the FBI Citizens Academy in Norfolk, VA. Aubrey is currently Director, of USAA Property Claims Operations.